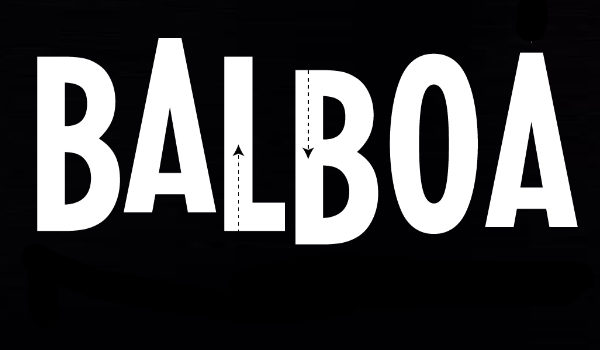 Interview With Dwight Lupardus about Balboa

Dwight Lupardus is one of the key people who learned balboa from the ‘old-timers’ during early 1980s which later had a snowballing effect and led to balboa being danced worldwide today. Dwight is also a balboa historian and is the father of the term “bal-swing”.

Here we go with the first interview of Istanbul Balboa Community (IBC):

IBC: So – Dwight, thank you very much for giving us the chance to have a chat with you. I hope all is fine. Let’s start with how it all started. What captured your attention for this dance? I mean, what was the force that pulled you towards balboa?

Dwight: Well, a couple of things. First I was curious what the basic step was. When I first saw Balboa twenty five years ago I had learned some ballroom and swing dancing, all of which had a basic step and variations off that and I assumed there was one for Balboa too. But most of the time I asked a Balboa dancer what the basic was they didn’t know what I was talking about. I tried to figure it out by just watching, but the men would just be sliding their feet on the floor and I couldn’t figure out their weight shifts. For a long time, I wasn’t sure if there was one basic, or several, or maybe none.

Another thing was that Balboa was a conservative looking dance, which appealed to me. I am talking about pure Balboa, which was always done in a closed position, with no breaks or turns.

IBC: In an interview I recall having heard that you have chased the old-timers in early 1980s for a long long time to even before learning to do the basic step of balboa. That actually is a totally different picture as compared to the current environment. How was it to learn this dance from the old-timers?
Dwight: As I mentioned above, I tried to figure out the basic just by watching, and was unable to or to get any to tell me or show me. However, a year after I moved to Southern California, I met Willie Desatoff and he did show me the rhythm patterns of the dance. He showed that, although most Balboa dancers did an eight count basic over and over, you could also insert pairs of steps between the first half of the basic and the second. You could do any number. He called them ‘ad lib steps’. Learning from Willie was pretty much the same way as taught today. He taught classes, although generally small, and was able to break down the dance.

A dancer I did have to hunt down, and took several years to locate and convince to teach, was Maxie Dorf. All I wanted to do was have him show me his basic Balboa step, but there was some confusion in terminology. The dancer who connected us thought Maxie was a swing dancer (he didn’t know that Maxie even knew Balboa, although many dancers who weren’t Balboa dancers thought he was the best). By swing I mean what is called Bal-Swing today, but it had no Balboa basic. Learning from him was absolutely unique. He would just dance and I would try to imitate but often he wasn’t satisfied and he would show me again, usually different. It was very effective and made a much better dancer, but could never be taught in a class. It was too fluid, and couldn’t be broken into pieces. It required rapport and interaction between myself and Maxie.

After almost a year he did show me the Balboa basic. For Maxie, Balboa and swing were separate dances and you could go from one to the other. I used the term Bal-Swing to refer to just swing dance (because at the time swing dancing referred to a styling evolution of the Lindy Hop called West Coast Swing). However I suspect that today people often mean both together and, if not, they’ll say pure Bal. Bal-Swing is probably an unfortunate choice of words because it implies that both were done together when in fact swing dancing, as done in Southern California in the 30s before the Lindy arrived, was often a totally separate dance.

IBC: It seems to me as though there are (or perhaps should be) different styles of dancing balboa – perhaps as many dancers there are. This is very evident when one watches the old clips of the old timers. Do you agree with this, or was there actually a more unified approach towards balboa?

Dwight: I think that most of the Balboa dancers I saw (pure Bal) were more similar than not. The differences, if any, were pretty subtle. At the time, twenty five years ago, I saw hundreds of pure Balboa dancers. With a couple of exceptions there are no clips of them. The clips that are generally floating around show a small group of dancers that combine Balboa with spins and turns.

IBC: Yet, apart from all the different styles, there is still an element of ‘what makes balboa’. We hear and read about this often. I know you’ve said “step-step-hold-step is not what makes balboa, balboa”. So, what makes balboa balboa? This is a question for your opinion and also your experience about the old-timer’s opinion.

Dwight: I think it is essentially style that makes Balboa Balboa (pure Balboa). It’s a dance done to jazz and swing music, primarily swing. A small, compact two step done to swing would essentially be very similar except there is more of a shuffle and a tendency to pause (with various stylings) on the odd beats rather than the even. The term ‘hold’ is unfortunate. It’s a pause, often with some small styling with the free foot. I’ve seen teachers lift their foot off the floor (hopefully to show there is no weight) but it certainly isn’t part of the style. Styling wise men always keep their feet on the floor, sort of sliding. That was not necessarily true for women. Some women, however, would often move their foot behind them, raising their heel. One woman I know, Anne Mills, would sometimes kick her feet high behind her like in shag, but I guess that’s the exception that proves the rule.

IBC: In any first class, you can hear people talking about the ‘pulse’ in the balboa dance, and how it is different from the ‘bounce’ in lindy hop. Can you elaborate a bit on how the existence and level of pulse differed in the old-timers? I mean in terms of both pure balboa and bal-swing dancers.

Dwight: All music has a pulse, and in dance music it’s a steady pulse. I know I’ve seen Lindy Hop classes where they have everybody sort of bounce to each beat. I don’t know if they keep that bounce just to start or if they keep it up during the whole dance, (although I know I’ve seen clips of competitions where they do) but regardless Lindy Hop is basically an open dance. In Balboa (pure Bal) you’re in closed position. You’re both dancing to the same pulse in the music and it should be relaxed and comfortable. It should be smooth but not stiff. It’s an intimate dance and the couple will respond and adjust to each other.
Almost all the Balboa dancers I knew said the dance should be smooth, without a bounce. I know one old-time Bal dancer, one of the best, would often complain that the newer dancers bounced too much. And he was talking about some of the very best women instructors. I think it was because they were too concerned about what their footwork looked like. It’s probably an occupational hazard of teaching. It’s also the result of the unfortunate practice in recent years of having contests for pure Bal.

IBC: In 2007, you have said that “many of the balboa dancers of this time would not really fit into the pavilion, they would stand out”. Do you still have a similar opinion?
Dwight: I guess I have changed my opinion somewhat. I’ve always seen many, many women who would fit in. Recently it appears that there has been some renewal of interest in pure Balboa by some enthusiasts to achieve what I would call a more authentic style. This is largely, in my opinion, the result of the attendance at many events of one of the few of the original pure Balboa dancers still dancing, Dean Raftery. There also seems to be some shift of focus away from pure Balboa as done in competitions, which I’ve always considered as harmful (although completely appropriate to Bal-Swing). As a result I’ve seen video clips of a quite a few men who would also fit in at the Pavilion.

IBC: Dwight – thank you very much for taking the time for this interview. Hope to see you soon.

This section is widgetized. To add widgets here, go to the Widgets panel in your WordPress admin, and add the widgets you would like to Right Sidebar.

*This message will be overwritten after widgets have been added